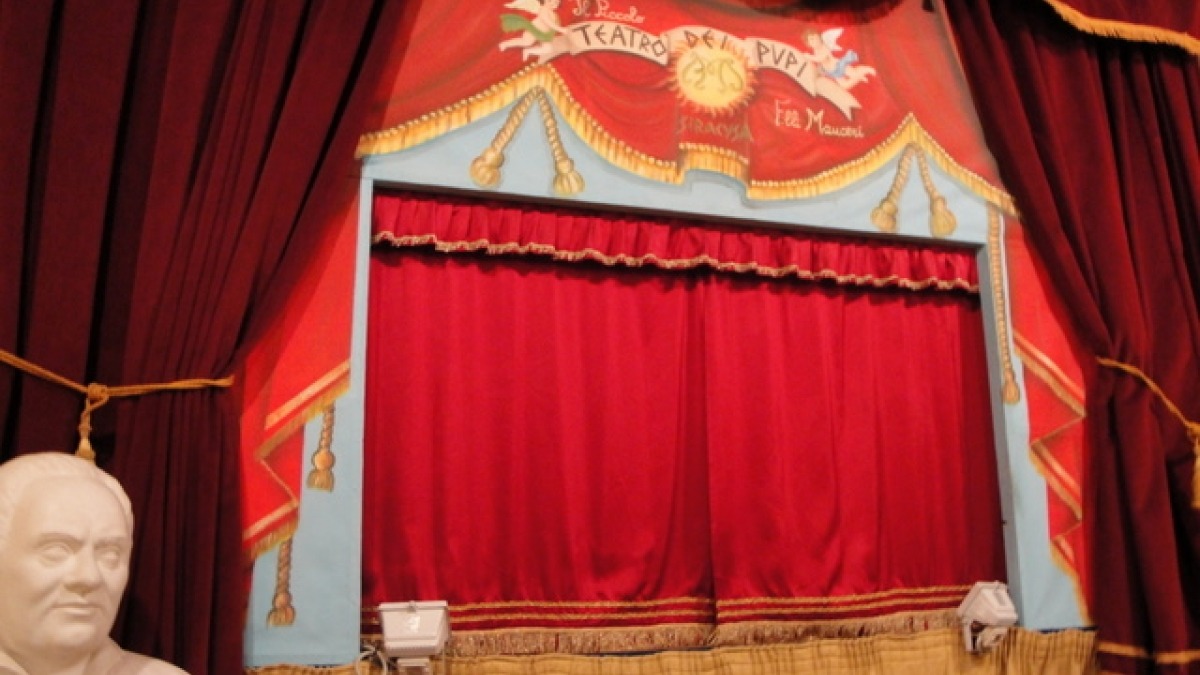 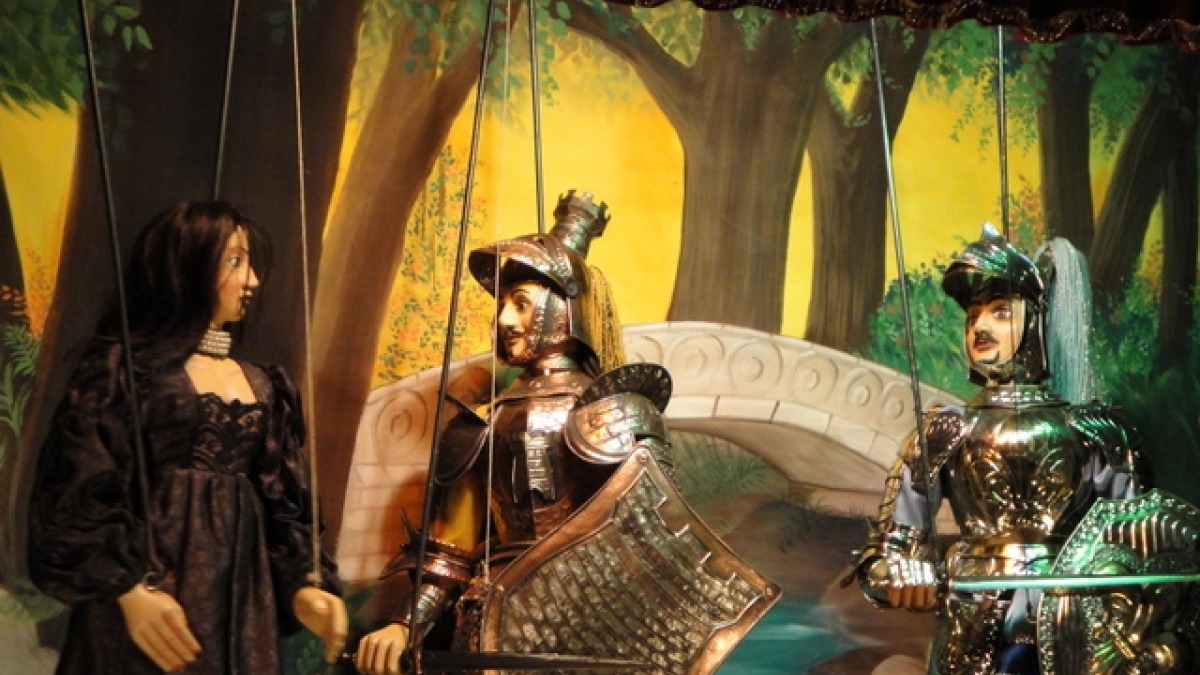 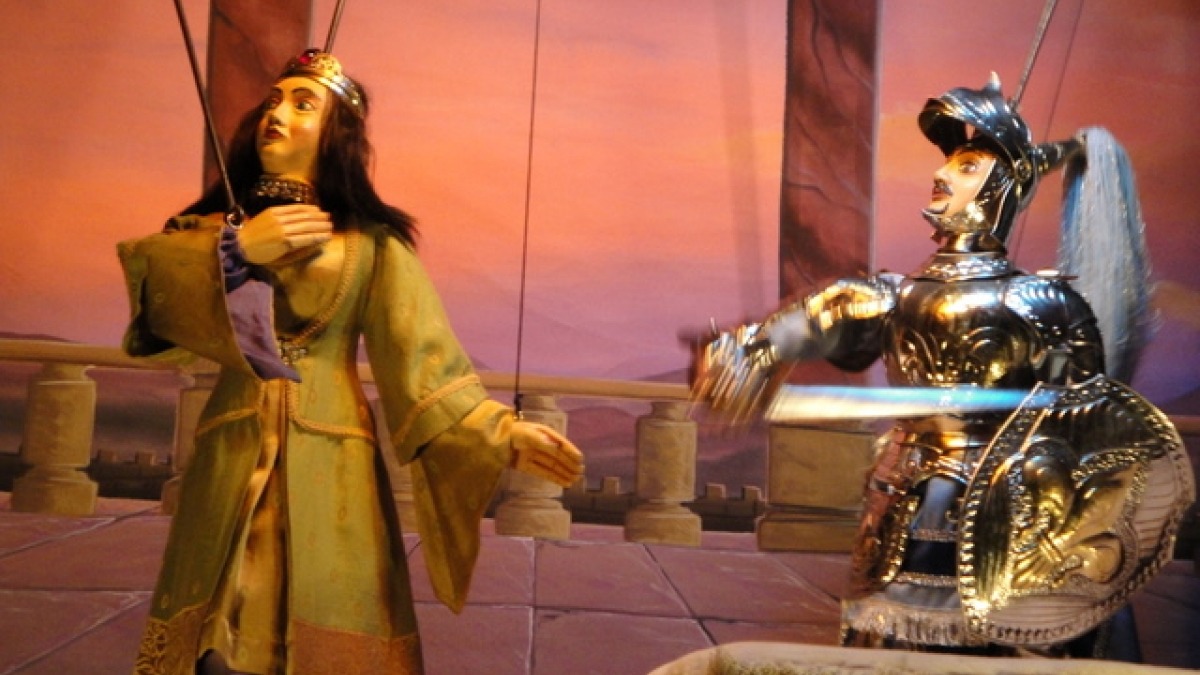 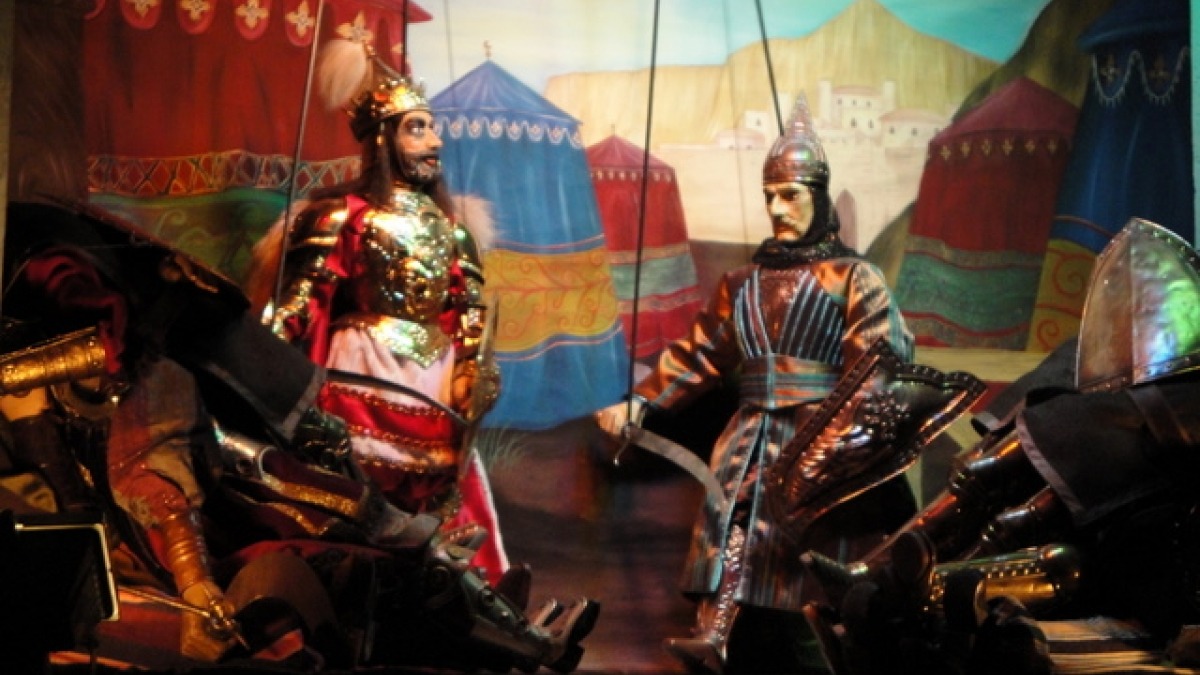 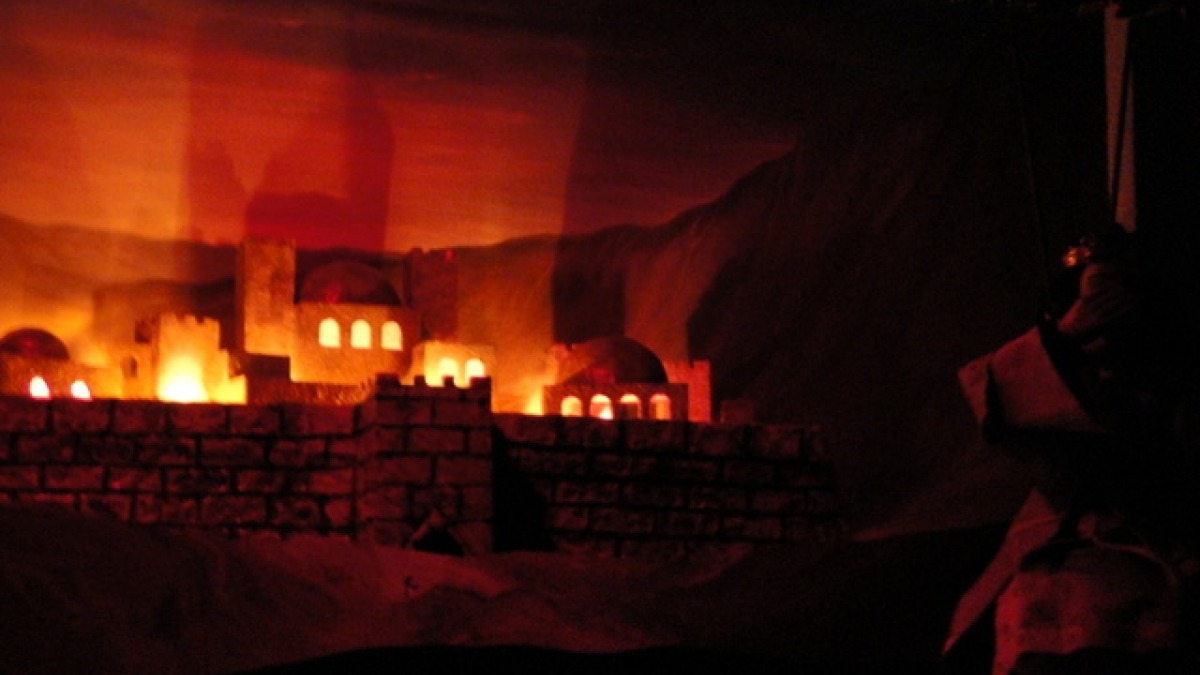 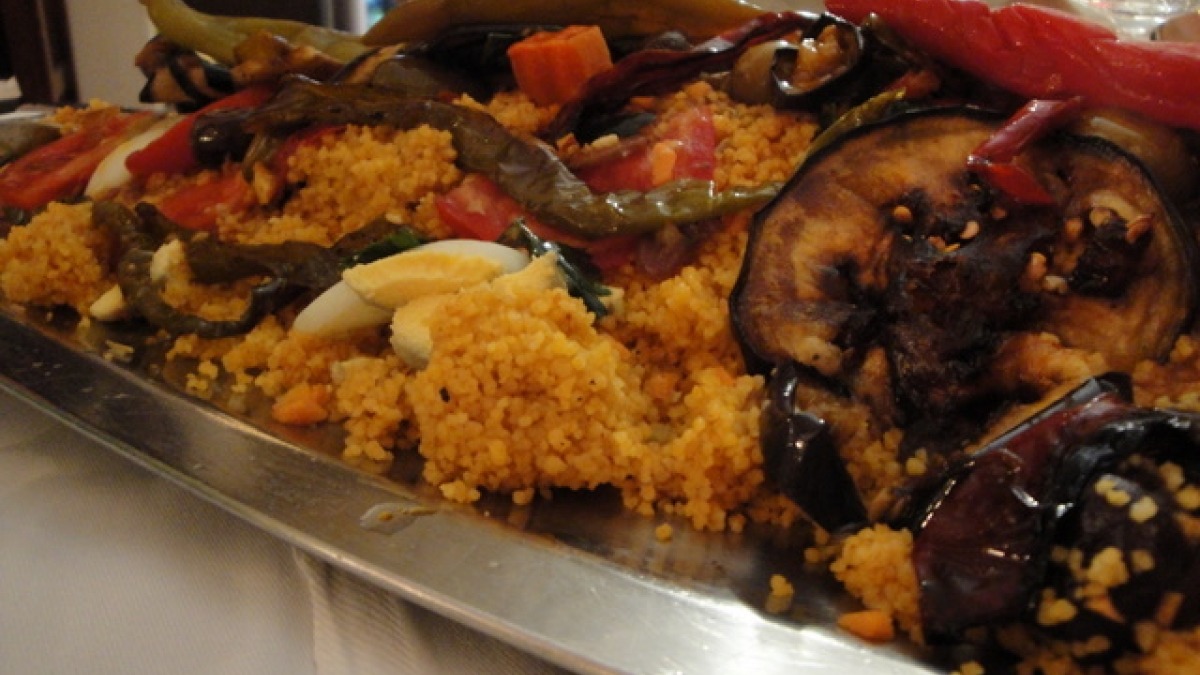 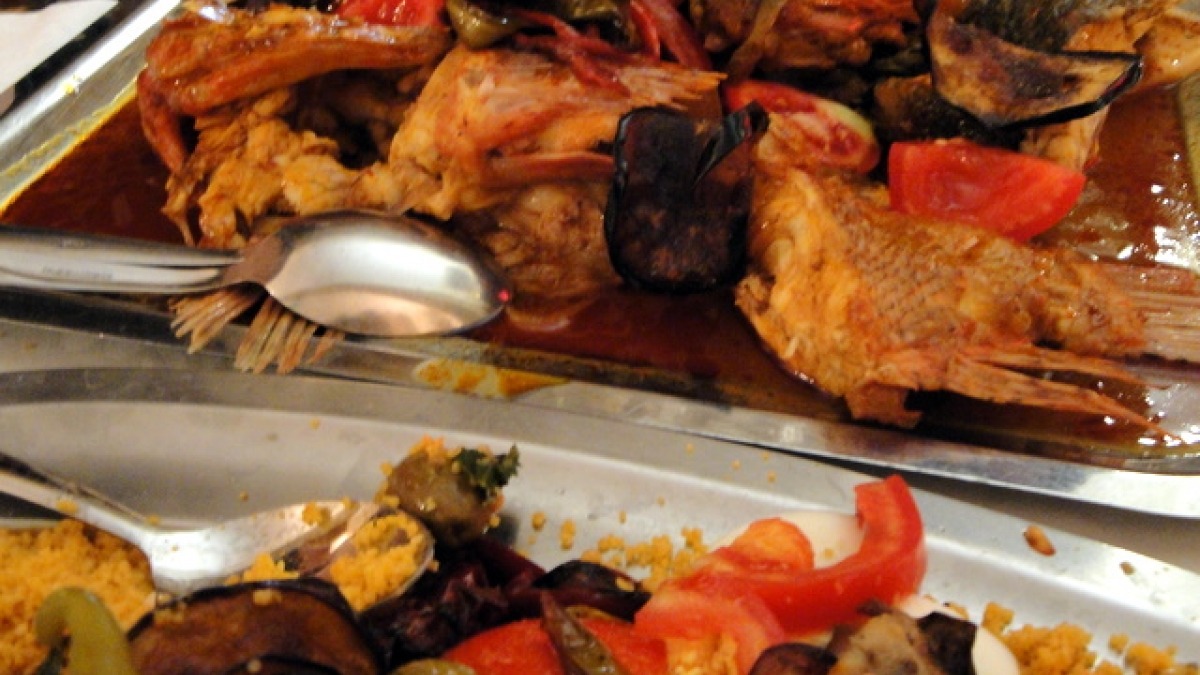 After a break due to a typical end of summer cold, here I am to tell you all about the night out in Ortigia I had mentioned in the last post.

The Teatro dei Pupi was a great experience, it is very small and sweet, and the show was entertaining both for children and adults.

We took some pictures of the Agricane Assedia Il Castello di Angelica show that can only partly convey the drama. If you add the loud voices, the drums and the cut off heads of puppets rolling on the stage floor you can start to get closer to the real experience.
Everything is nicely done, and even the youngest children seemed to enjoy the colourful drama.

In the pictures here a scene where the beautiful Fiordiligi wishes good luck to Brandimarte before the duel with Astolfo and one where Astolfo offers his help to Angelica to defend Albracca from Agricane.

My favourite scenes were the one at the camp when Agricane and Sacripante fight each other armies ending with two piles of dead puppets on both side of the stage and the final image of Angelica's castle on fire.

Similarly colourful and dramatic was our fish cous cous dinner! The combination was not as nice though!

The food was excellent, the cook there is Tunisian and knows exactly how to prepare a good cous cous, the service, however, ruined the whole dinner for us.

We had a reservation at 8pm and food was served at 9.20pm. They forgot to cook the simple pasta dish we had ordered for my daughter, they dismessed us when we kept asking politely about it and by the time they served it she was far too tired to eat. They admitted their mistake, but did nothing to apologise for it, the lady even said "her eyes are open she can eat!". I do not even want to mention how they served the pasta.

So, if you can put up with the rude lady running the restaurant, then the cous-cous itself is excellent! They serve two separate trays, one with the actual cous-cous with fried vegetables, hard boiled eggs, and tomatoes, the other with the fish soup. Then they also bring more sauce and spicy harissa for you to add to your own dish.

Written on
August 26, 2009
Filled under
General, Food and Drink, Traditions