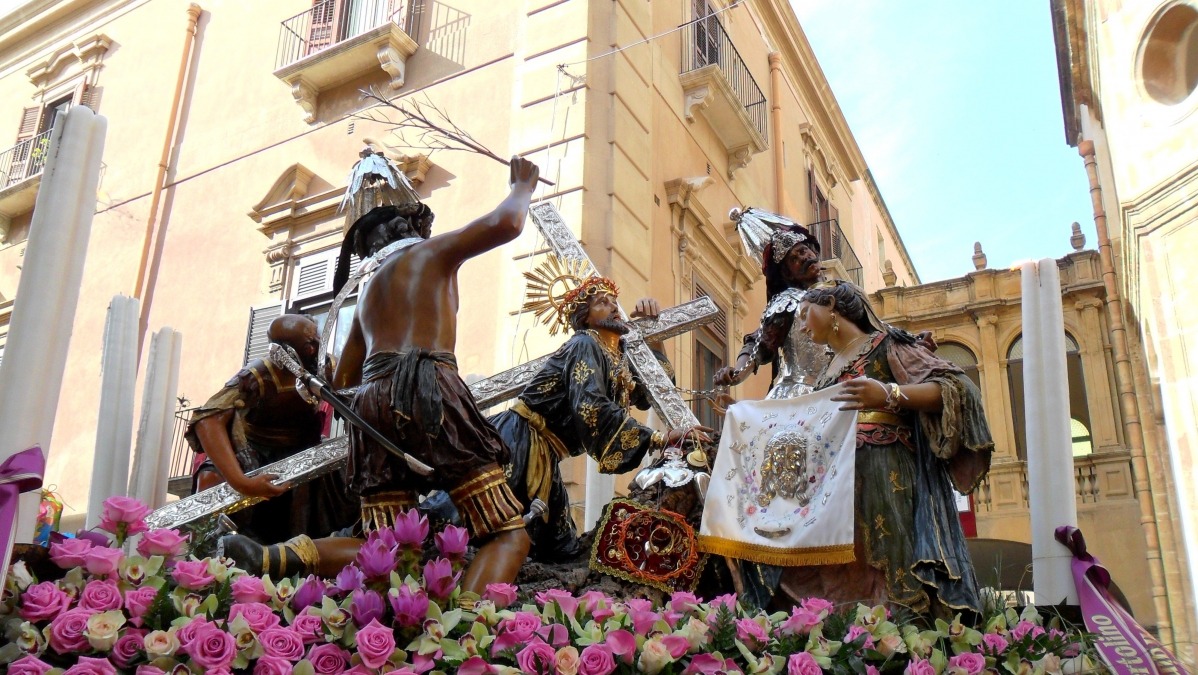 Sicily's Easter processions and celebrations are the most famous in Italy. They are the legacy of the 17th century Spanish domination of the island, and still bear a close resemblance to current Easter traditions in Spain.

"I Misteri" procession, in Trapani, represents the most important traditional event of the year for the local community, attracting many of visitors.

The roots of this tradition can be traced directly back to Spain. During the XVII century, the brotherhood â€œConfraternita del Preziosissimo Sangue di Cristoâ€, that existed in Spain since the XV century and was founded in Trapani in 1602, commissioned local artists to create statues representing various moments of the passion of Christ.

The brotherhood, that was later merged with the preexisting Confraternita di San Michele, is now known as the Confraternita di San Michele Arcangelo. Over the years, the costs and difficulties of taking care of the statues and the organisation of the procession called for the involvement of the local Maestranze (working categories such as grocers, fishermen, bakers, butchers, etc.) that took on an increasingly predominant role over the years.

The Maestranze organised the Holy Friday procession and each one of them was responsible for a specific statue of the Misteri. Even today, each maestranza is identified with a Mistero and often the statue is called with the name of the maestranza itself. For example, the statue representing the Deposition scene is taken care of by the Tailors and represents them.

Currently, there are 18 Maestranze involved. On the first Friday of the Lenten period they do the â€œScinnutaâ€ (in Sicilian this means to take something down) of the statues, exposing the statues to the public so that people can admire them. There is strong competition among them, so details regarding the procession, such as the final decoration of the statue on Holy Friday, are kept secret until the last minute.

The actual procession lasts 24 hours and is accompanied by local marching bands. The statues are taken around Trapani on the shoulders of volunteers, i portatori, that walk with a particular step called â€œa nnacataâ€ rocking sideways. You can see this movement quite clearly in the video below.

If you visit Sicily during Easter you should not miss the chance to see these ancient rituals, if you are not in the area of Trapani, you will surely find a town in the area you are visiting with similar traditions.