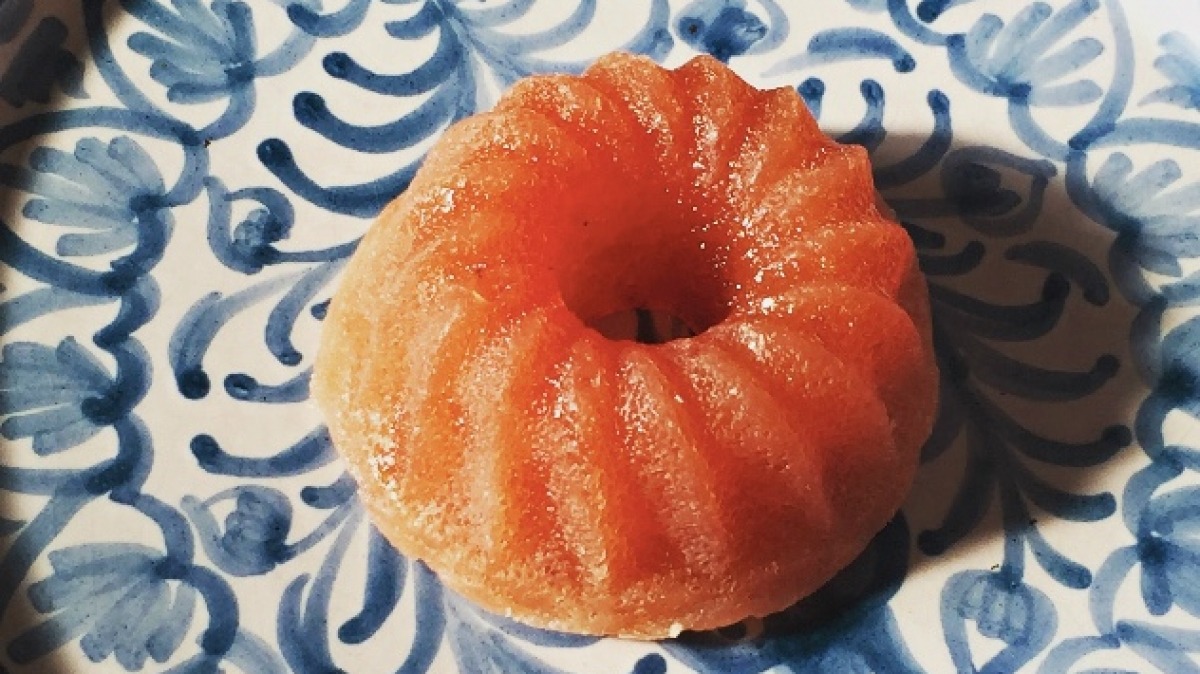 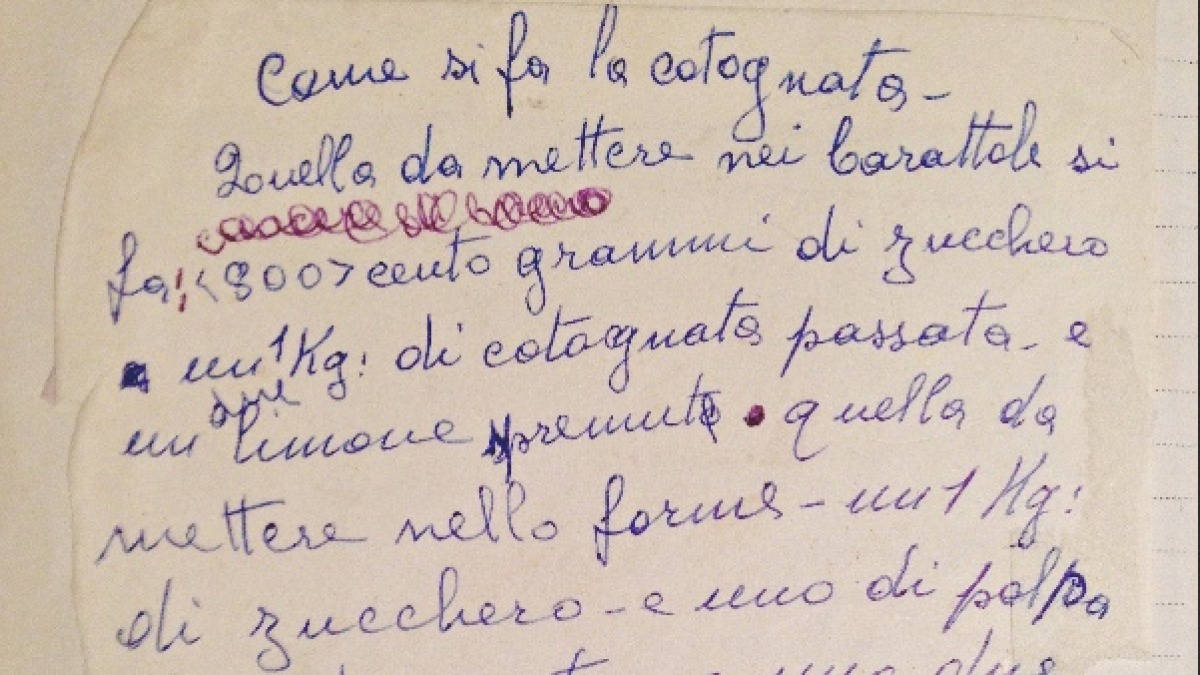 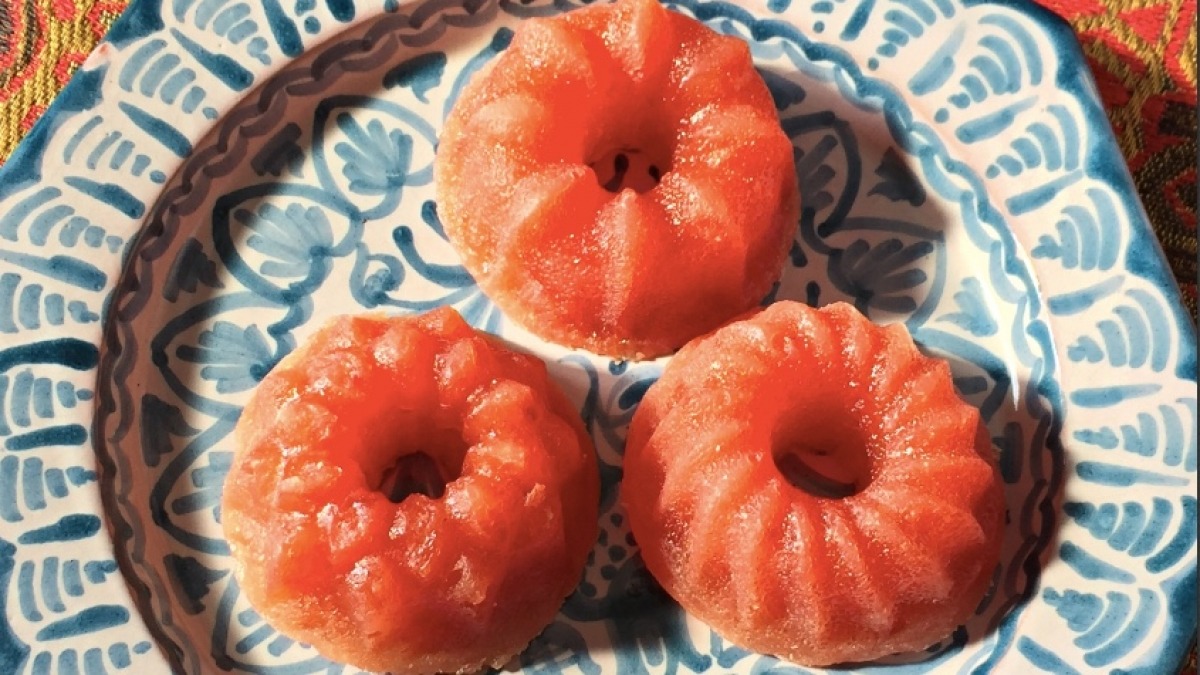 This is the title of my grandmother's recipe for 'cotognata' (Sicilian quince jam) and this is the perfect time of the year to share it with you since quince are in full season in my Sicilian dessert recipes series.

In Sicily we make two different versions, one is a regular jam to be preserved in jars, 'da mettere nei barattoli' as nonna Elvira's notes specify.  This has a simaral consistency to strawbery or apricot jam and you can use either spread on bread or to make other desserts, from a simple crostata to the stuffing of various 'pasticcini'. The other version needs to be placed into moulds and left to dry until it gets to a harder consistency, ready to be sliced and enjoyed on its own or with a piece of bread. 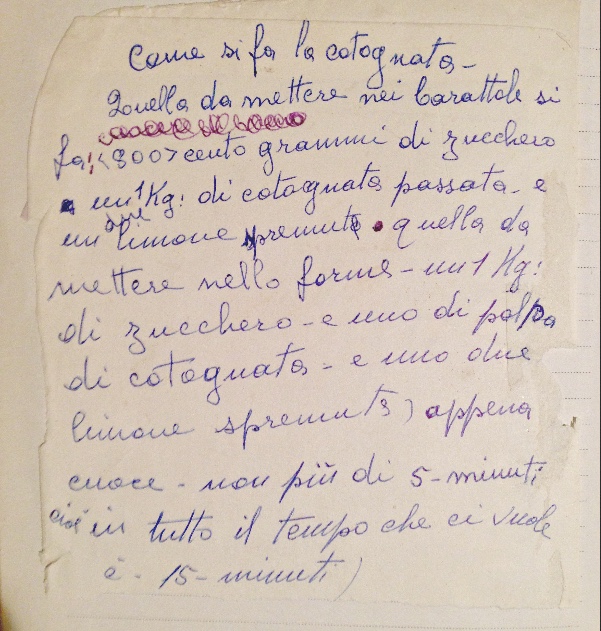 Above you can find a picture of her notes, here is the translation:

How to make the cotognata

For the one to preserve in jars:

800 gr of sugar and 1 kg of quince pulpe and the juice of two lemons.

The one to place in the moulds:

1kg of sugar and

1 kg of quince pulpe and the juice of two lemons.

As soon as it starts boiling cook it for not more than five minutes, that is in total 15 minutes.

I realise my grandmother didn't seem to write her recipes for beginners;)! She always thought people would know what she was talking about and just needed a few tips on how to make her version of a given recipe. So below I try to fill the gaps.

Quince are in season in the fall, like apples and pears, and taste like a cross between these two more common fruit. Their raw flesh is dry and hard with a very tart flavor, so you always need to cook them down to eat them. One way is boiling them and eat them plain or with a little sugar sprinkled on top.

As you noticed, nonna Elvira's recipe calls just for lemon juice, no other addictives, in fact  quince have a high pectin content, so they are ideal for cooking down into a jam or jelly.

1 - Peel the quince just as if you were cleaning an apple.

2 - Cut into chunks and place them in a bowl of water with half a lemon in it otherwise they start turning dark.

3 - Drain and place in a pot, cover with water and bring to a boil over high heat. It should take about 40 minutes to get them to the right consistency with the chunks being mushy-soft, then turn off the heat and let them cool in the cooking water, then drain. (The liquid where they have boiled can be saved and used to make a kinde of quince jelly.)

4 - Pass the boiled chunks of quince thorugh a food mouli to reduce it into a pulp (you can use a food processor if you prefer, pulsing for a few seconds should be enough).

5 - Weigh it and transfer the required quantity into a large saucepan, add the sugar and bring to a boil over a medium heat. Keep stirring continuously with a  wooden spoon.

6 - As soon as it boils, add the lemon juice, stir for 5 more minutes and remove from heat.

For the cotognata to preserve in jars - place in sterylzed jars and let them cool down upside-down.

For the cotognata to place in the moulds - place them for a few hours in ceramic or sylicon moulds previously wet with some water, unmould them, lay them on a tray and cover with a muslin  before putting them under the tepid autumn sun to dry (take them inside before the sun goes down). They might take up to three-four days to dry completely.