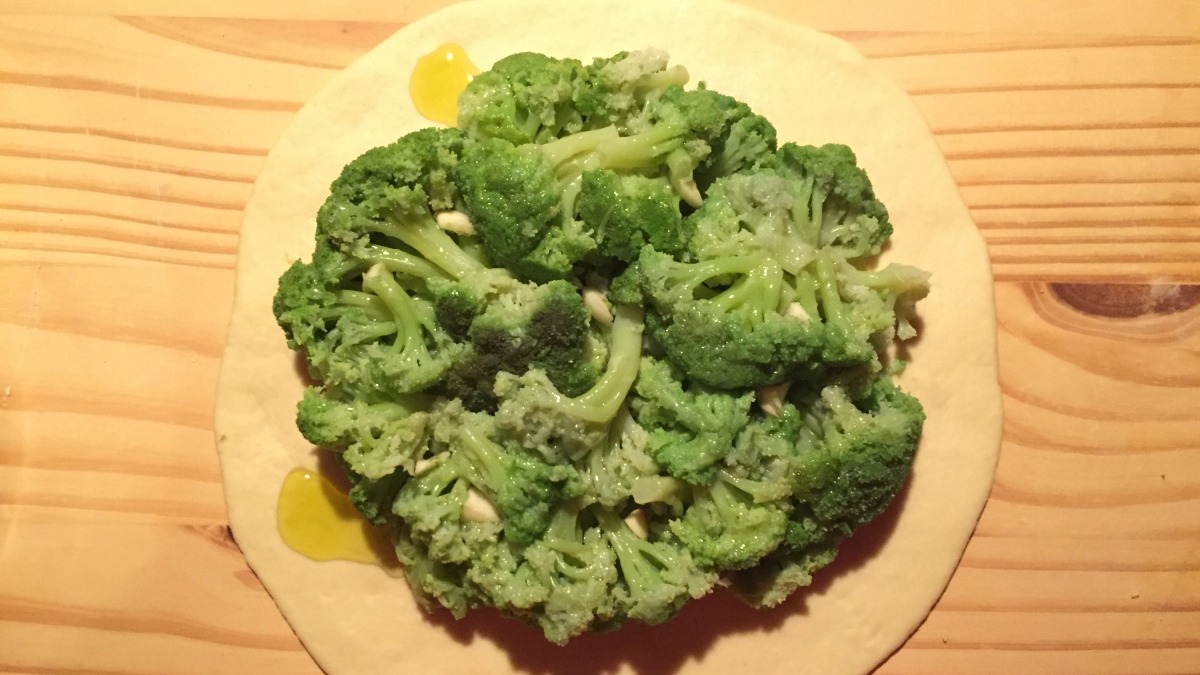 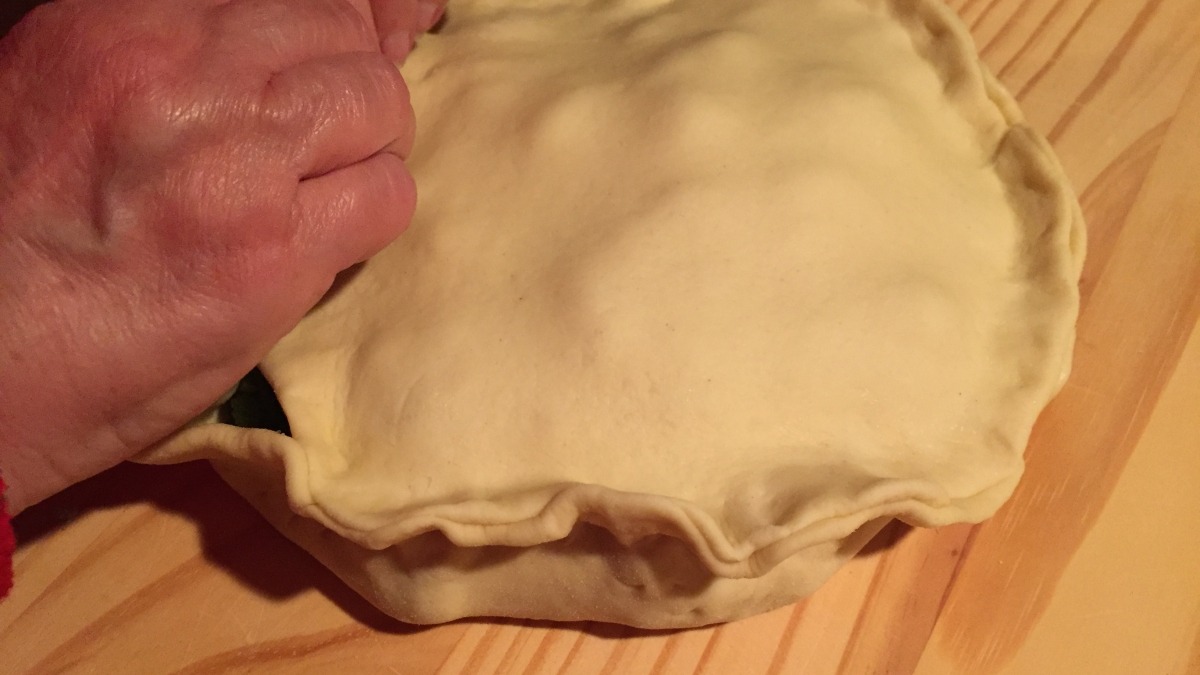 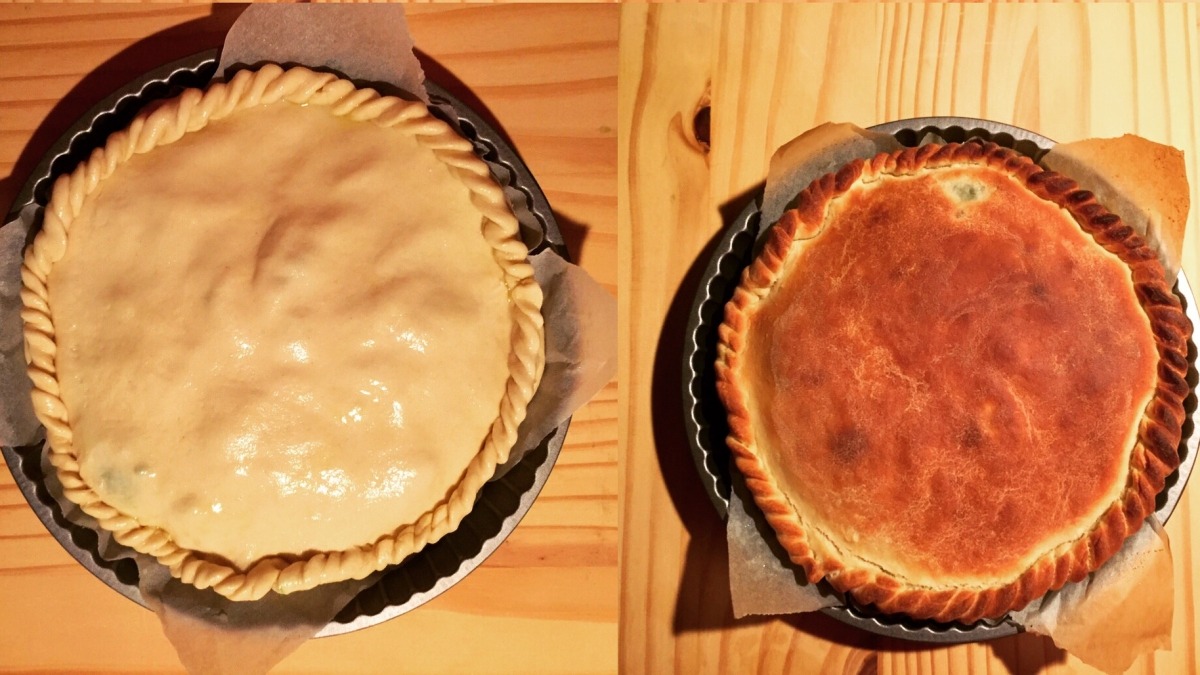 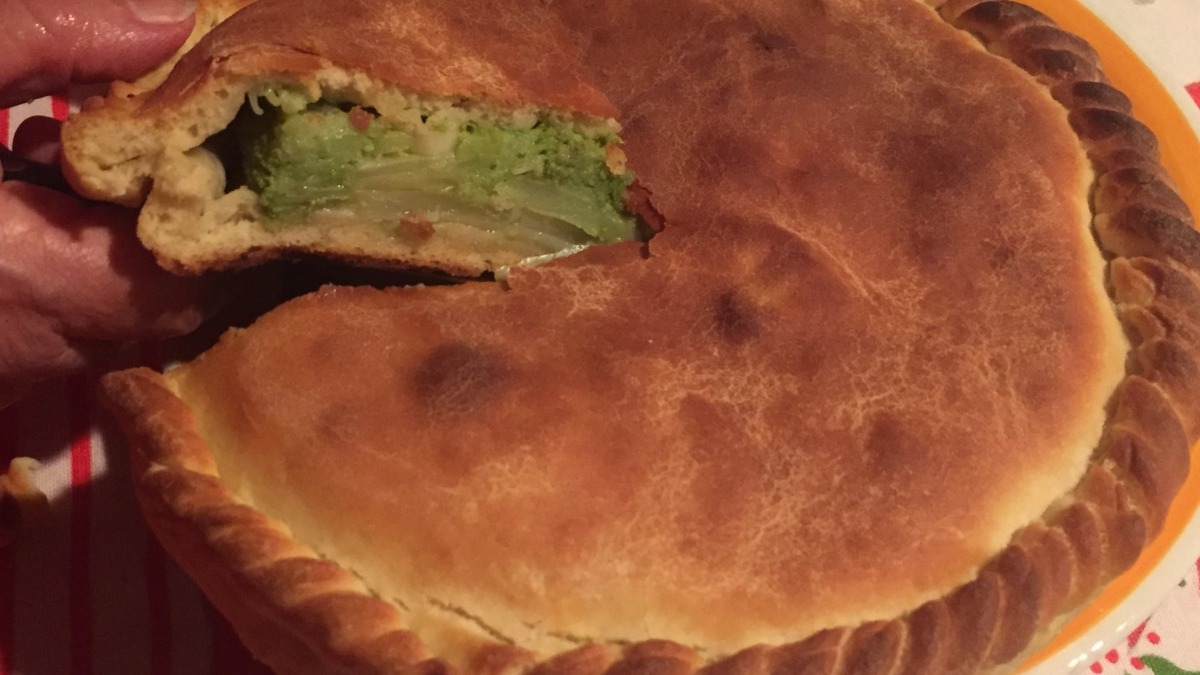 I often write about the way in which food took centre stage during family gatherings and various celebrations at my grandparents', but during Christmas and Easter, church duties were given full priority, so cooking fell exceptionally to number 2 on my grandmother's to-do- list!
This was the case for most people in Modica as they spent hours preparing for or attending special religious functions. So it doesn't come as a surprise that the traditional menu for both festivities includes dishes that could be done in advance, usually various kinds of savoury pies and pasties (pastizzi, mpanate, nfigghiulate, tomasini, etc), and then simply reheated when coming back from church.

A classic Christmas recipe is the 'Pastizzu ri ciurietti', a broccoli pie.

My grandmother (hence the whole family  on my mother's side me inlcuded!) loved this dish in a really simple version, with a filling of just broccoli with garlic and extra virgin olive oil.  It seeems we have been loving our veggies for generations,  I even dedicated a full cooking lesson to it!  Most people in the area, however, include sausage as part of the filling, which to these days is an absolute no-no for mamma Carla.  At times I think nonna must have tatooed the 'NO SAUSAGE IN PASTIZZU RI CIURIETTI' thing in her brain! So I am not sure I should write 'they loved it just with broccoli' or 'the hated it with sausage'!

Anyway, the pastizzu was usually eaten on Christmas' Eve and they made one per person, super big portion!  Plus the fact that nonna Elvira did not have time to cook as much as she normally did,  did not stop her from making sure everyone ate 25 different things. Yes, no mistake or typo here, it is correct TWENTY FIVE, like forget the seven fishes thing, right! This included various antipasti, olives, cheeses,  salads, fruit, nougats, sweets... No one could leave the table until they hit the 'magic number', 25!  This meant that, usually, they had some pastizzu left for the following day, in which case it would become part of the antipasti at lunch on Christmas Day.

Today we do not follow the 25 foods tradition, but we most certainly prepare a good pastizzu ri ciurietti, rigourously made with organic broccoli from the one of the fantastic farmer we buy our vegetables from and one big pie is enough for the whole family.

Ingredients for the dough:

Ingredients for the filling:

Combine the yeast with a glass of tepid water, then whisk togheter the flour and salt with a fork in a medium mixing bowl. Create a deep well in the middle of the flour and place the yeast mixture and the olive oil in the middle, mix all ingredients together and keep adding water until you obtain an elastic dough whcih easily detach itself from the side of the bowl.
Turn the dough out onto a clean counter (I prefer a  wooden surface)  and start kneading. Incorporate more flour as needed to prevent the dough from sticking to the counter. Slice into the dough with a paring knife; if you see lots of air bubbles, keep kneading. The dough is ready when it forms a smooth elastic ball and has very few air bubbles when cut. Cover it with a clean tea towel and leave it to rise for 20, maximum 30 minutes.

Meanwhile, clean the cauliflower, cut them into florets, keeping in the tender part of the stems, then boil in abundant salted water, drain and put them aside to cool down.

Go back to the dough, divide it into two parts, one slightly larger than the other. Keeping the work surface and the top of the dough well floured, usuing a rolling pin, roll the larger part first to make a disc about 28 cm in diameter and half centimetre thick. Then start covering the dough with the cauliflower florets (see photo above), add some chopped garlic and drizzle with extra virgin olive oil. Roll the ramaining dough into a disk large enough to cover the filling, position it on top of the filling and turn up the edgse of the lower crust, crimping them to form a border (again see photos above). Then place it in a round pan previously lined with parchment paper and slightly oiled, gently press the top of the pie with the palms of your hands to make sure the filling is spread evenly and flatten the surface. Brush with olive oil and bake in a preheated oven at 200C° (375F°) until golden brown on the outside, it should take about 30-40 minutes. Serve warm or at room temperature.

Remember, if you want to make this with Sicilian sausage (flavoured with fennel seeds) I will take absolutely no offence, but make sure Nonna Elvira or Mamma Carla do not hear about it. My advice, however, is that if you really want to go for it, then you should go for my other grandmother's pie and try the traditional 'mpanati they make in my dad's family in Ispica with homemade pasta, pork sauce, sausage and cauliflower. If you want to disappoint nonna Elvira, then you should go for it in full style following Nonna Marietta's recipe for  'Mpanati Spaccafurnari instead.

Written on
December 20, 2017
Filled under
Christmas, Food and Drink, Recipes