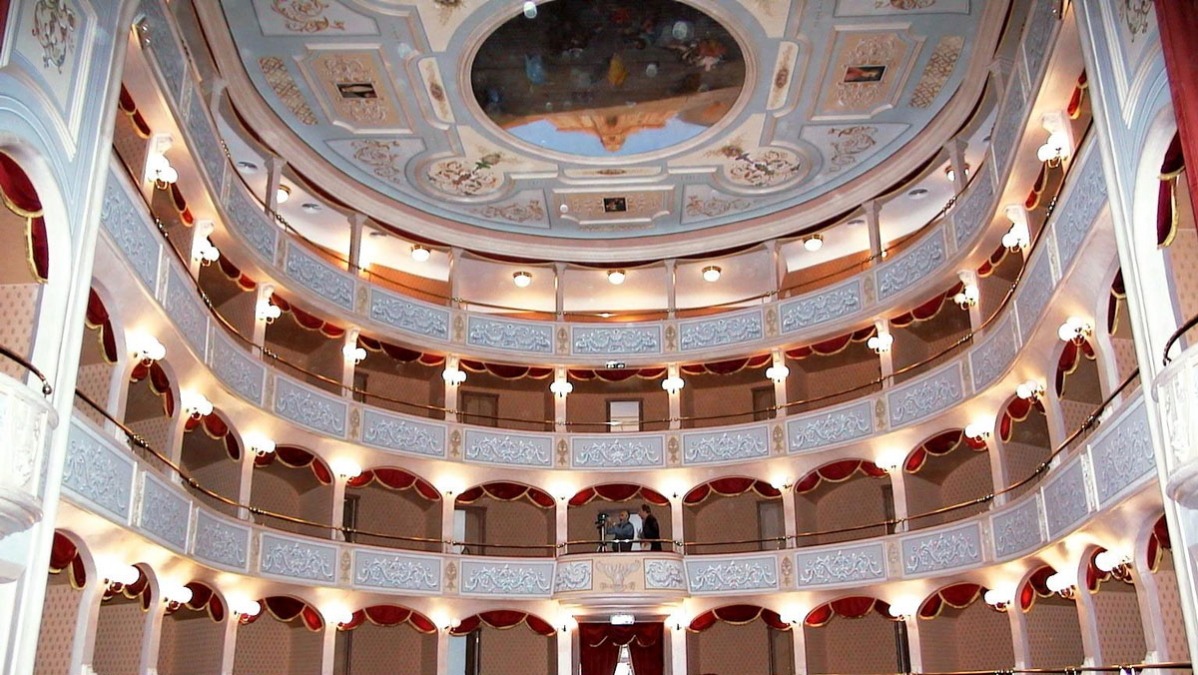 The Garibaldi theatre, in the centre of Modica and just a few steps away from our very own Via Ritiro N.7, has once more opened its doors to the public. The roof of the theatre had collapsed following previous restoration work in 2000, and following a second restoration attempt it is now finally fully functional. Before 2000 it had fell in disuse and was silent for almost 25 years leaving the Modicani hungry for their old town jewel to come alive again.

The theatre first opened its doors in 1820, following the transformation and integration of an old store room that belonged to Don Michele Rizzone and a house owned by Don Ignazio Linguanti. Both were part of the aristocratic society of Modica. From an initial quite amateurish setting the theatre soon grew and was extended. Theatres in the 19th century formed an essential part of the life in any self-respecting city of Sicily and Modica was not about to be overtaken by Ragusa, Siracusa or even Catania or Palermo. The theatre, became a little jewel, smaller than its competitors in other Sicilian towns but still perfectly formed. By the beginning of 20th century the theatre was an integral part of the cultural life of the city.

Following that first golden age, however, the decline began. Two world wars meant that the theatre was not taken care of and by the 1940s it was in bad state. It ended up being used for 'lighter' cabarets and dance nights and by the 1970s it was given to an individual who promised to take care of the building, but actually converted it into a cinema. By the 1980s the theatre simply closed its doors.

By the late 1990s, when Modica itself as a city gained new strength, attention was focused once more to theatre and after an intensive restoration attempt it was ready in April 2000. Not too long after that though the roof caved in, thankfully while no one was in the theatre. The administration of Modica did not give up and following the appropriate studies on how the roof should properly be restored it is now back in business with a full programme for 2005. 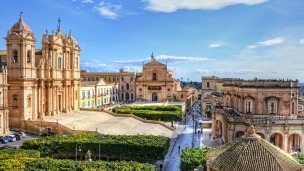 The revival of a cathedral