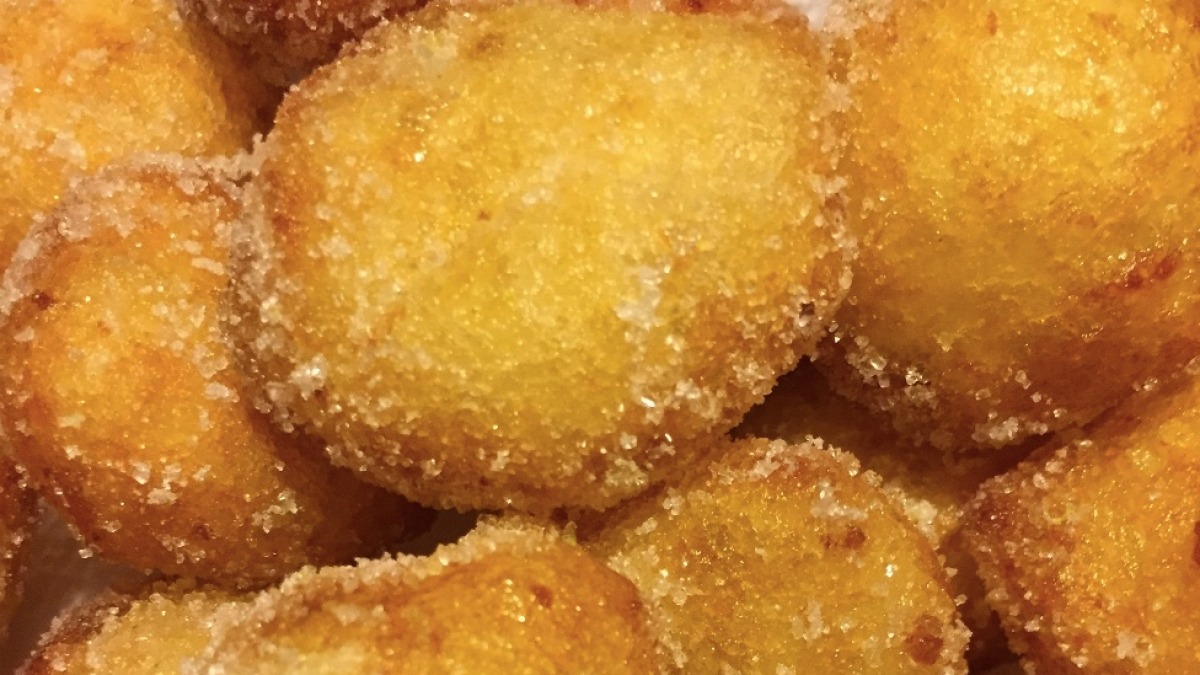 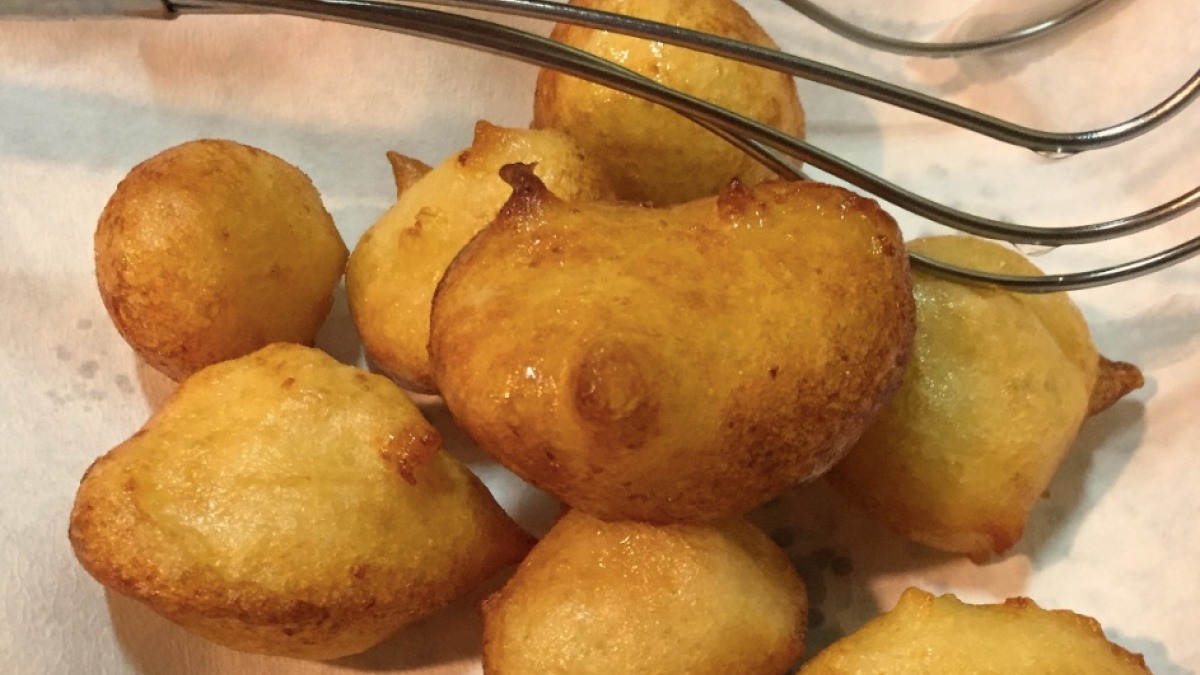 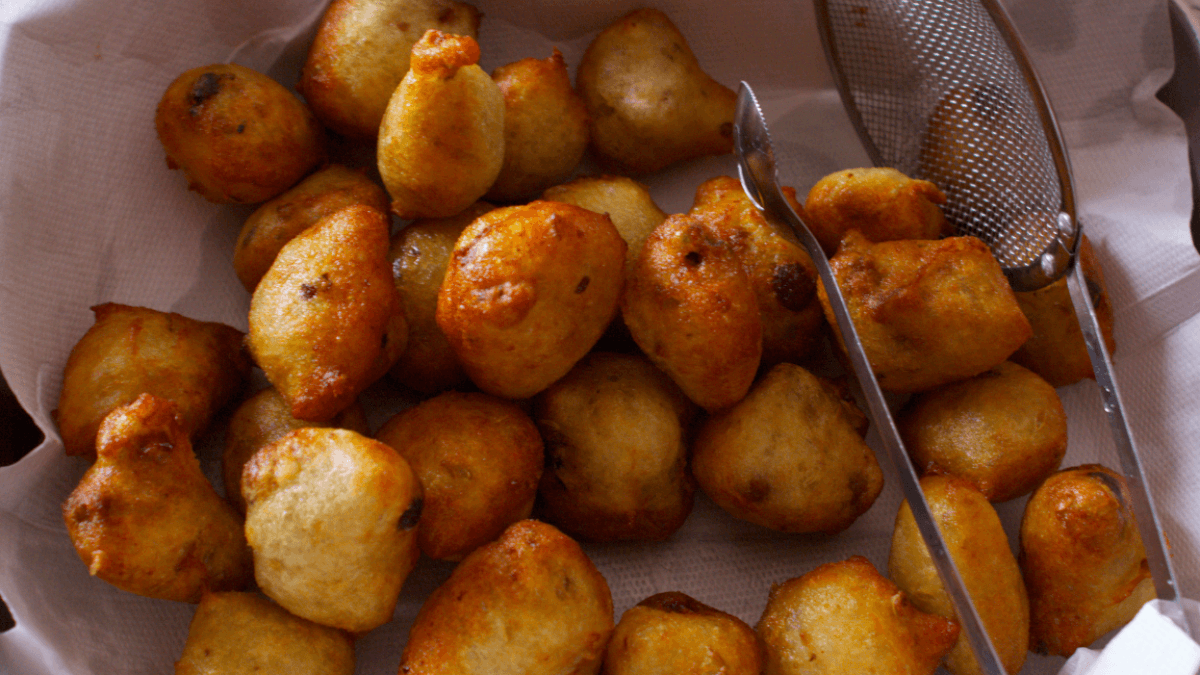 For my Sicilian dessert recipes series today I chose some special fritters.
On the 11th of November, we celebrate San Martino, St Martin, a soldier of the Roman Empire who became a Saint for his great humility and generosity.
This is also the right moment of the year to try "novello" wine (new wine); as the old Italian saying reminds us "A San Martino ogni mosto diventa vino" (On S. Martin day every wine must turns into wine). The tradition calls for some 'crispeddi' or, in Italian, 'frittelle' to accompany the tasting of new wine. These are similar to the 'sfinci' they make in other parts of Sicily for San Giuseppe day or the greek Loukoumades, though the ingredients are a little different.

This is my family recipe for the most popular sweet version of 'crispeddi'. The ingredients for the basic batter are pretty neutral, what makes them sweet or savoury are the ingredients you add to it and the final coating.
My grandmother’s favourite ones were the salty version with either dry salted tuna flakes or anchovies added to the mixture. The recipe below is my favourite sweet crispeddi with raisins, walnuts and fennel seeds.

In a deep bowl mix the potatoes, previously pressed through a potato ricer, with the sifted flour, the juice of an orange and water. Add the yeast dissolved in water and start beating with an electric mixer. The resulting batter should be soft and sticky, soft enough to be able to drop from a spoon.
This is the moment when you add the extra ingredients, whether they are the savoury anchovies or tuna, or the sweet walnuts and raisins.
Add the walnuts, raisins and fennel seeds and beat the mixture for another minute. Cover the mixing bowl with a cloth or film and place in a warm spot to rise for a couple of hours, or until it has doubled in size.

Heat the oil in a deep pan/fryer. Take a teaspoon and dip it into water then use it to spoon up portions of dough and drop teaspoonfuls of it directly into the hot oil.
Fry until the crispeddi will be golden. When they are ready, remove them from the oil with a slotted spoon and let them drain on paper towels.
Prepare a mixture of sugar and crushed walnuts and roll the crispeddi into it until they are nicely coated in sugar.